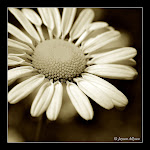 I decided to conduct a survey among my friends about what society considers to be normal behavior. What follows is a list I have made of some of the absurd situations we face in day-to-day life, just because society sees them as normal:

1] Anything that makes us forget our true identity and our dreams and makes us only work to produce and reproduce.

2] Making rules for a war (the Geneva Convention).

3] Spending years at university and then not being able to find a job.

4] Working from nine in the morning to five in the afternoon at something that does not give us the least pleasure, so that we can retire after 30 years.

5] Retiring only to discover that we have no more energy to enjoy life, and then dying of boredom after a few years.

7] Trying to be financially successful instead of seeking happiness.

8] Ridiculing those who seek happiness instead of money by calling them “people with no ambition”.

9] Comparing objects like cars, houses and clothes, and defining life according to these comparisons instead of really trying to find out the true reason for being alive.

10] Not talking to strangers. Saying nasty things about our neighbors.

11] Thinking that parents are always right.

12] Getting married, having children and staying together even though the love has gone, claiming that it’s for the sake of the children (who do not seem to be listening to the constant arguments).

12ª] Criticizing everybody who tries to be different.

14] Waking up with a hysterical alarm-clock at the bedside.

15] Believing absolutely everything that is printed.

16] Wearing a piece of colored cloth wrapped around the neck for no apparent reason and known by the pompous name “necktie”.

17] Never asking direct questions, even though the other person understands what you want to know.

18] Keeping a smile on your face when you really want to cry. And feeling sorry for those who show their own feelings.

19] Thinking that art is worth a fortune, or else that it is worth absolutely nothing.

20] Always despising what was easily gained, because the “necessary sacrifice” – and therefore also the required qualities – are missing.

21] Following fashion, even though it all looks ridiculous and uncomfortable.

22] Being convinced that all the famous people have tons of money saved up.

24] Using all possible means to show that even though you are a normal person, you are infinitely superior to other human beings.

25] In any kind of public transport, never looking straight into the eyes of the other passengers, as this may be taken for attempting to seduce them.

26] When you enter an elevator, looking straight at the door and pretending you are the only person inside, however crowded it may be.

27] Never laughing out loud in a restaurant, no matter how funny the story is.

28] In the Northern hemisphere, always wearing the clothes that match the season of the year: short sleeves in springtime (however cold it may be) and a woolen jacket in the fall (no matter how warm it is).

29] In the Southern hemisphere, decorating the Christmas tree with cotton wool, even though winter has nothing to do with the birth of Christ.

30] As you grow older, thinking you are the wisest man in the world, even though not always do you have enough life experience to know what is wrong.

31] Going to a charity event and thinking that in this way you have collaborated enough to put an end to all the social inequalities in the world.

32] Eating three times a day, even if you’re not hungry.

33] Believing that the others are always better at everything: they are better-looking, more resourceful, richer and more intelligent. Since it’s very risky to venture beyond your own limits, it’s better to do nothing.

34] Using the car as a way to feel powerful and in control of the world.

36] Thinking that everything your child does wrong is the fault of the company he or she is keeping.

37] Marrying the first person who offers you a position in society. Love can wait.

38] Always saying “I tried”, even though you haven’t tried at all.

39] Putting off doing the most interesting things in life until you no longer have the strength to do them.

41] Believing that it is possible to be sure of everything you have won.

43] Blaming the government for everything bad that happens.

44] Being convinced that being a good, decent and respectful person means that the others will find you weak, vulnerable and easy to manipulate.

45] Being convinced that aggressiveness and discourtesy in treating others are signs of a powerful personality.

46] Being afraid of fibroscopy (men) and childbirth (women).

47] And finally, thinking that your religion is the sole proprietor of the absolute truth, the most important, the best, and that the other human beings in this immense planet who believe in any other manifestation of God are condemned to the fires of hell.

Welcome in the club, Anielle :).